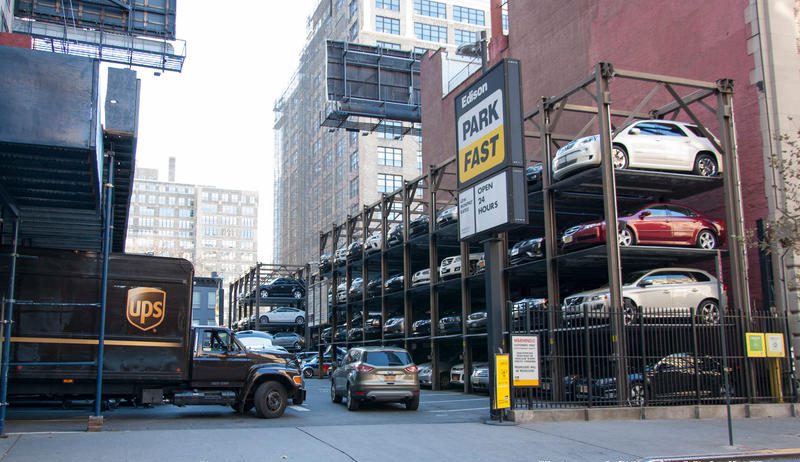 In a city as crowded and fast-paced as New York, parking is without a doubt a big deal. Let’s be real, it’s difficult to find it when you need a free parking spot. And unfortunately,  you sometimes even have to settle for paying for a parking spot. Over time, this can add up and definitely break the bank. Since parking spots are such a hot commodity, it’s not surprising that getting used to Gotham’s parking madness is difficult. Afterall, the parking woes of drivers in NYC are the stuff of legend.  But for all the gripes and understandable frustration that comes with competing for parking spots, has anyone thought if this was actually the case? One study is arguing contrary to popular opinion. Here, it claims New York and other cities across the country do not need as many parking spots as you might think.

The study seeks to refute the commonly held perception that cities lack parking. According to the report, the main problem that cities have is not the lack of parking spots. On the contrary, in urban spaces like NYC, the report argues that parking spots are ubiquitous. They are like a virus that spreads to the point where there’s too much parking. In fact, the report says that many city ordinances and zoning regulations, allow the number of parking spots to outpace actual demand. Instead, the report advocates that cities like New York should consider more conscious approaches to address America’s urban parking problem.

In many cities across the country such as Los Angeles, zoning regulations require developers to ensure that new developments must come with designated parking stalls. Contrary to the car-centric lifestyle that these cities have, the report sees the NYC as a model for cities working to rely a lot less on cars. Afterall, the city already thrives with its limited access to parking.

This relative scarcity (compared to the other cities) in parking replicates at the neighborhood and hyperlocal level. In the areas of New York City where land is most valuable, like Midtown or Lower Manhattan, statistics show parking is not an urban planning priority. Data shows these areas have on average 123 jobs per acre and 30 apartments per acre. By contrast, these same areas average around 11 parking spots per acre.

Does NYC Need All These Parking Spots?

Nevertheless, the report argues that New York, even despite its diversity of size and the 1.9 million spots, parking still is not that much of a problem. Why? At the end of the day, New Yorkers are simply far less reliant on cars than other places.

The report points out that New York City has an extensive and reliable mass transit system in place. Moreover, the push by the De Blasio administration to install more bike lanes has made it even easier for New Yorkers to get around. Subsequently, New Yorkers realize more and more that they live in a city where they can get anywhere and get anything without the need for cars. The common experience in the struggle to find parking further discourages gridlock people from using cars.

The city is also looking at other ways to address the excess parking problem in NYC. Between increasing access to carshares and a potential residential parking permit program, many New Yorkers see the city’s future with a lot fewer cars.

The Report’s Conclusion On Excess Parking

The report shows that a lot of the parking in urban cities are disproportionately placed in their central districts. Moreover, these areas tend to have a glut of parking garages. For example,  one-third of Seattle’s parking supply is located in downtown garages. While urban developers historically thought parking garages would help provide people with the best access to jobs, they, in fact, have some negative effects. For one, parking garages are the most expensive type of parking to build and maintain. According to the report, if you built all the parking tallied in the five cities today, it would cost an estimated $81 billion.

Moreover, despite occupying such valuable land, many spaces in these parking garages sit empty.  In Seattle, the parking occupancy rate downtown hovers around 64 percent.

This excess parking also may, ironically, make getting around harder for citizens. Excess parking can cause urban spaces to turn into sprawl, spreading destinations farther apart. This makes walking, biking, and mass transit less viable option for citizens. It also works to further instill our dependence on cars.

Nonetheless, the report concludes that cities should think seriously about how it allocates its space for parking.  It advocates that cities with excessive parking developments should instead “allocate capital to non-parking uses.” This means that cities should prioritize, housing, commercial buildings, and urban amenities that make cities habitable for people instead of cars.

What do you think about the report’s findings? Do you think NYC could use less parking? Let us know in the comments below!