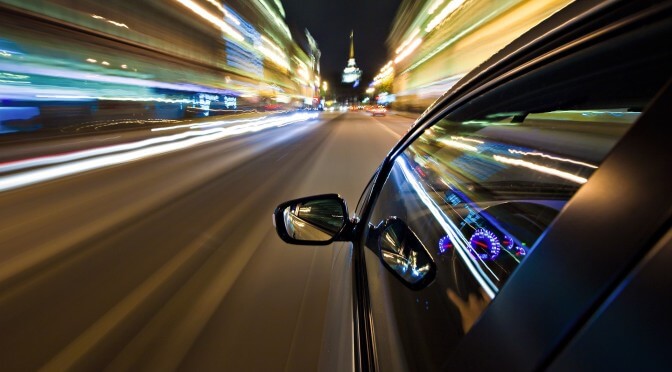 NYC has aggressively worked towards making its streets safer for all who use it. WIth a number of recent, high-profile accidents splashed across the local news, many in the city continue to push for tougher traffic enforcement laws. For many safety advocates, its important for the city to curb dangerous and reckless driving as such behavior easily causes tragic results. Reckless driving accounts for 40% of people killed in car crashes in New York City. Even scarier, every two hours in New York City, a vehicle seriously injures or kills a pedestrian. Nevertheless, reckless driving is a major moving traffic issue and isn’t treated lightly. It is considered a more serious offense than careless driving or improper driving. Learn about reckless driving in NYC and the penalties you face for doing it.

What Exactly Is Reckless Driving?

Reckless driving is when a driver operates a vehicle with a willful or wanton disregard for safety or any consequence. When someone is cited for this traffic offense, it is because they simply show no respect for rules of the road. A driver can be guilty of reckless driving regardless of whether or not they cause an accident or damage property. Nevertheless, it is up to the discretion of the officer to decide to enforce this law. The statute that makes Reckless Driving a misdemeanor is  NY VTL 1212,  Here’s what the law says :

“Reckless driving shall mean driving or using any motor vehicle, motorcycle or any other vehicle propelled by any power other than muscular power or any appliance or accessory thereof in a manner which unreasonably interferes with the free and proper use of the public highway, or unreasonably endangers users of the public highway. Reckless driving is prohibited. Every person violating this provision shall be guilty of a misdemeanor.”

Nonetheless, you drive recklessly if you do either one of the following:

In layman’s terms, the law prohibits you from unreasonably getting in the way of or endangering other drivers on the road. Examples of Reckless Driving are dangerous speeding, swerving in and out of your lane or doing car stunts.

What Are The Penalties  For Reckless Driving In New York?

Reckless Driving is treated as a misdemeanor offense and not a simple moving violation or the equivalent of a parking ticket. Depending on how dangerous the actions are,  penalties include 5 points added on to a driver’s license and result in a fine of up to $300 for a first offense. Aside from these penalties, drivers may face jail time too. Convicted drivers can go to jail for up to 30 days for a first offense, 90 days for a second offense, and 180 days for a third offense. Nevertheless, the full list of potential consequences can be numerous and costly.

Drivers convicted of reckless driving in New York will have to pay a fine of $100 to $300 for a first offense. On their second offense within 18 months, the cost will jump $100 to $525. A third conviction can result in a fine of up to $1,125. In addition to the fine, a reckless driving ticket includes an NY state surcharge of $88 or $93. This largely depends on where the driver receives the ticket.

The New York State DMV will add 5 points to a driver’s license for each conviction a driver receives. This means that reckless driving carries a serious risk of a license suspension. Drivers who have 11 points or more on their license will have it suspended by the DMV. Any NY judge can decide to suspend a person’s driving privileges if they feel the driver’s actions warrant it.

Drivers that rack up six or more points on their license within an 18-month period will be hit with a \ Driver Responsibility Assessment fee (DRA). This is a separate fee from the surcharges and fines that already come with the reckless driving ticket. A DRA costs $300 plus an additional $75 for each point after six. Since reckless driving is worth five points, it only takes one additional moving violation to end up paying a DRA. The fee is paid directly to the DMV.

Reckless driving is more than a moving violation. This means that you won’t just get a simple parking ticket for committing this offense. In fact, it is considered a misdemeanor offense in New York City. If you get a reckless driving charge, you will not fight the charge at the NY DMV, instead, you will have to go to NY criminal court. A conviction thus adversely affect your record. This could have negative effects on your ability to find or keep certain jobs and affect other aspects of your life. The risk of going to jail over a reckless driving ticket is higher than with most moving violations. Drivers convicted of reckless driving could spend up to 30 days in jail for a first offense. For a second offense, 90 days in jail.  Finally, a third offense can land you in jail for 180 days.

Below is a table that Sums up all the penalties you may face: