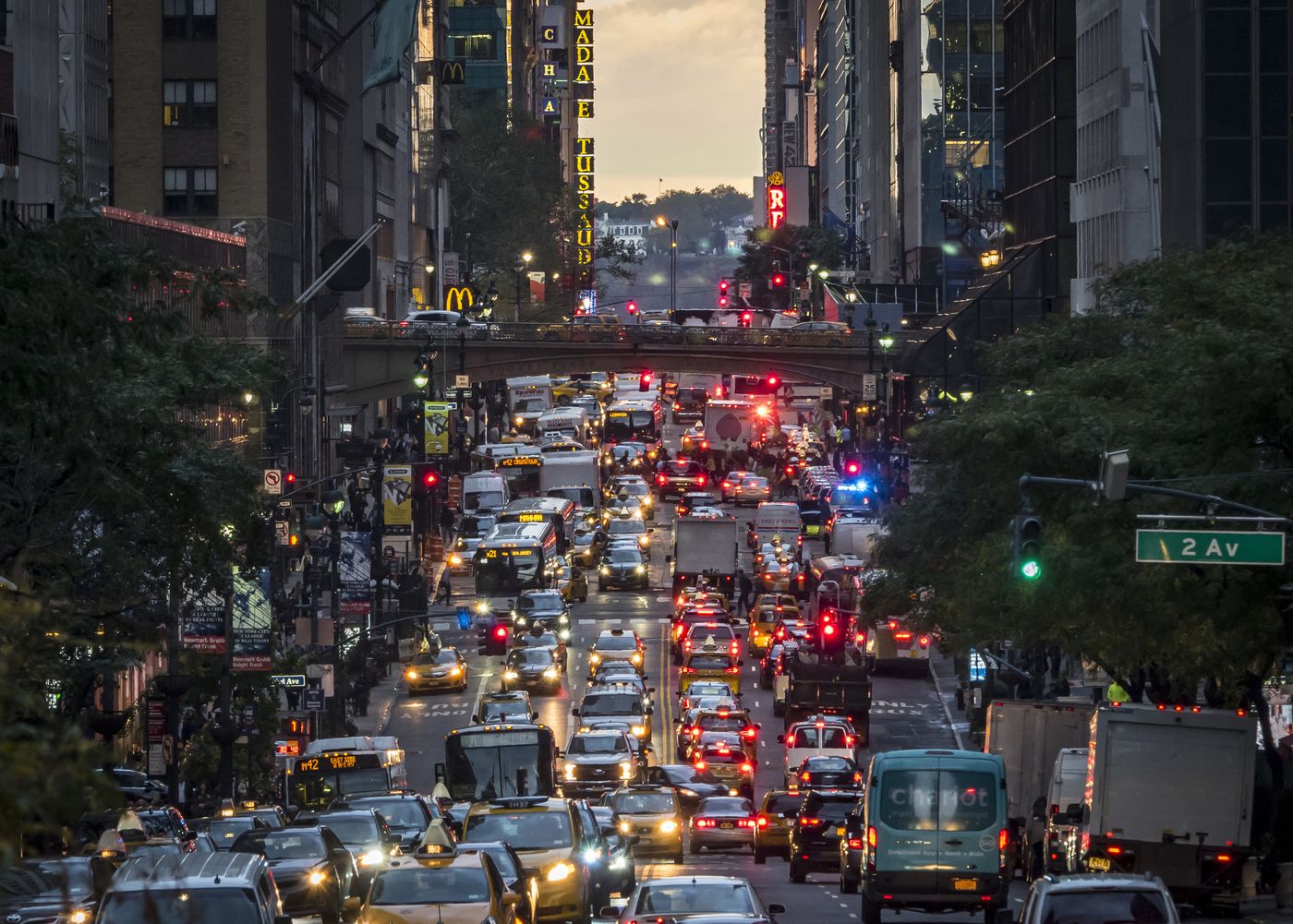 Drivers in New York City know how bad gridlock gets on a daily basis. From the West Side Highway to the FDR Drive and everywhere in between, there’s simply no escape if you brave the streets in your car during rush hour. Gridlock not only affects how you drive in the city but also affects where you can park. With the increased amount of cars in the city, competition for parking spots rises in tandem. The lack of parking only leads to wasted time, expensive parking tickets, and a worsening of the NYC driver experience. Are there any ways to address NYC’s gridlock issues? Now urban planners and activists alike are thinking long and hard about solutions to address this pressing problem.

Gridlock In NYC Gets Worse

While gridlock has long been bad, New York traffic has, in fact, gotten worse. Data shows that the average downtown NYC taxi moved at 9.35 mph in 2010. By 2016, cars were inching at measly 6.8 mph. Speeds plummet even more n the heart of midtown. Here, cars travel at a sluggish 4.7 mph. This is slower than your typical New Yorkers hustle on foot.

Why is gridlock so bad in NYC? Part of the problem is that New Yorkers may be driving more than they did a few years ago. As the economy improved since 2008, more people are flowing into NYC streets. Unfortunately, at the same time, the city’s mass transit infrastructure hasn’t kept up. Subway service has dropped and bus ridership is down.

This means that more and more people are turning to cars. Data shows that car registration is up 9 percent since 2012. This is in part also due to the rise of ride-hailing services like Uber, Lyft, and Via haven’t helped matters. Here, recent research shows the number of ride-hail vehicles operating in Manhattan during weekdays jumped 59 percent between 2013 and 2017. Some estimates even show that

The grid once seemed like a logical way to organize the development of  NYC. Partitioning up the city in this way undoubtedly helped accelerate the process of development. The grid created defined districts for zoning along with a complimentary crisscross of roads and streets.

Nonetheless, as the way we interact with the city evolves, the grid lags behind. The immense growth of people and cars have strained this massive infrastructural framework. Gridlock in the eyes of some render the NYC grid outmode, Moreover the emphasis on private real estate by providing access to land parcels, now has a more pressing role to play in making cities livable. 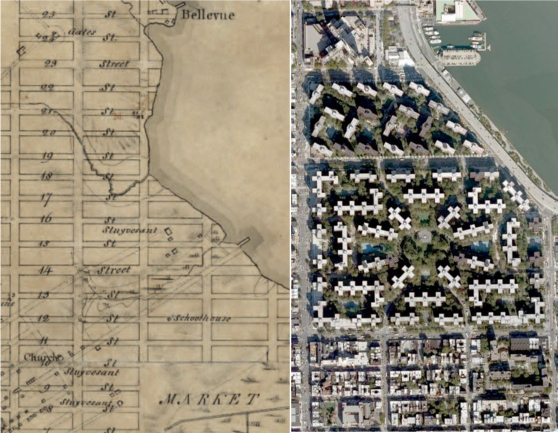 In fact, some believe that the famed NYC grid is the fundamental cause of the city’s gridlock woes. Here, they say the grid needs a creative reimagining grid starts as it no longer meets the city’s needs or public’s rights. Here, the focus of the streets should shift from cars and dedicating them to pedestrians.

There’s an interesting thought-experiment at Citylab reimagines the grid on a general principle that focuses on the use of thoroughfares. Here, the grid is localized: mini-grids comprising 10 to 15 blocks would function as small neighborhoods of safe, quiet and nearly carless local streets, surrounded on four sides by bustling thoroughfares. 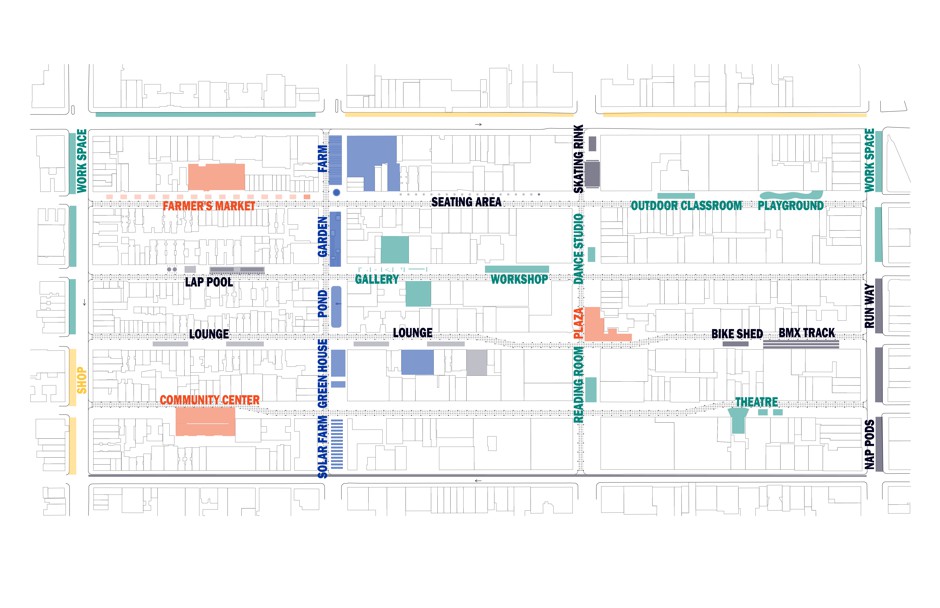 The thoroughfares will also see a complete elimination of parking spots. In addition, these major thoroughfares prioritize convenient access to all places in the city while taking into account existing public transportation systems. They would carry most city buses linking to bridges and tunnels that connect Manhattan with the other borough as well as New Jersey. The thoroughfares, however, would not interrupt large housing complexes, large parks, cultural centers and other deeply rooted infrastructures that may currently occupy multiple blocks.  This seeks to preserve the inherent character of the neighborhood.

Congestion Pricing: Another Solution to Gridlock

For others, congestion pricing seems like a viable solution for both the crumbling subway system and for the gridlock that routinely clogs the city. Here, some believe that congestion pricing could not only eliminate gridlock but have other positive effects on the way we live in NYC.  Congestion pricing does this by charging drivers entering Manhattan below 60th St. a modest fee. This fee serves as a deterrent to drivers from choosing to drive in the city, opting for public transit or other forms of transportation instead.

Some argue the plan would decrease the amount of competition for parking in the city. In addition, the plan would also increase city revenue. Here, congestion pricing can drastically improve and expand transit service in the city. According to some estimates, the $800 million to $1.1 billion in revenue that congestion pricing is estimated to generate would give the MTA, Local and State government an additional funding stream to revitalize the ailing system. Finally, congestion pricing may improve the quality of life of New Yorkers. Fewer cars on the streets means less pollution. It also frees up space for vital vehicles like fire trucks and ambulances to navigate the city streets and help New Yorkers. 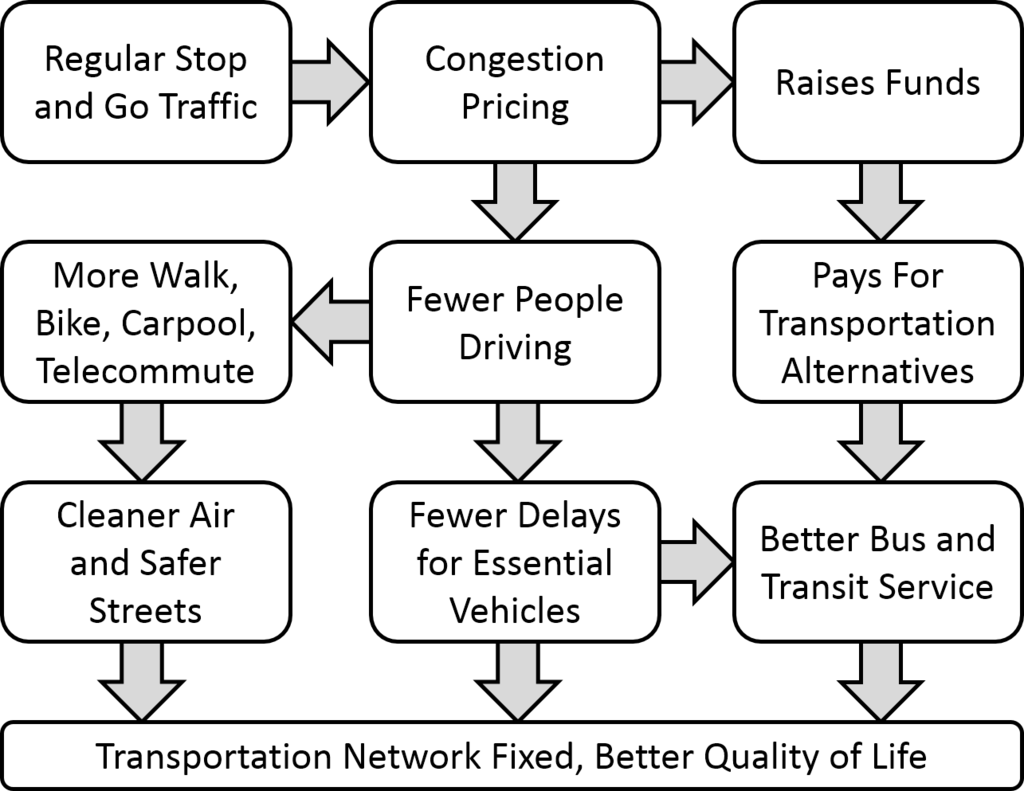 What do you think of these ideas? Do you have any solutions to NYC’s gridlock problem? Let us know in the comments below!