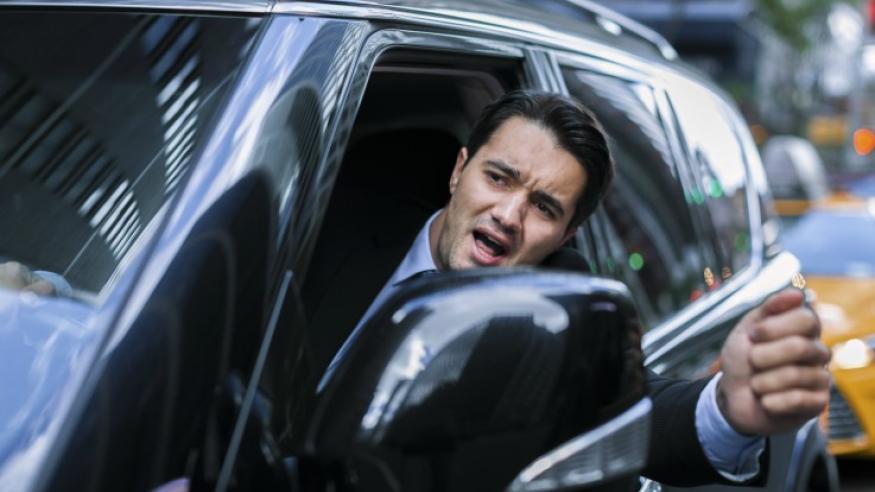 Are Drivers In New York Really That Aggressive?

New Yorkers have a long held a reputation for being amongst the most aggressive and angry drivers in the country. Unfortunately,  when you put a New Yorker behind the wheel, its often more of the same. Aggressive driving isn’t something New Yorkers should be proud of. In fact, driving in an aggressive manner puts ourselves and others in the city at serious risk. Learn about the dangers of aggressive driving and how you can keep your cool when behind the wheel.

What Is Aggressive Driving?

The New York State defines an aggressive Driver a motorist who operates a vehicle in a selfish, bold or pushy manner, with a complete disregard for the rights or safety of others on the road. Aggressive driving may also include:

What’s The Difference Between Aggressive Driving And Road Rage?

While they may seem to be the same thing, aggressive driving and road rage are in fact defined differently under new york state law. As mentioned earlier, the State defines that aggressive driving may include speeding, tailgating, weaving in and out of traffic and being a nuisance to others who are in a vehicle, on a bicycle, or on foot.

Road rage, however, is an escalation of aggressive driving.  Think of it as taking things to the next level. Road rage incites a driver to either attempt or to actually cause damage and harm to another driver. A driver acting out of road rage also makes others fearful by his or her angry and aggressive behavior. The two can also be thought of this way: while aggressive driving generally involves a traffic safety law violation; road rage usually involves criminal actions or attempts of violent behavior in addition to a reckless disregard of traffic law.

How to Avoid Encounters With Aggressive Drivers

Secondly, take measures to reduce your own stress so that you are less likely to feel aggressive yourself. Reducing the stress you feel open the road can help you keep your emotions in check and think about the consequences of your behavior before you react. It is also important to remain introspective behind the wheel. This means along with trying to adjust your attitude behind the wheel you should also think about why other drivers are behaving the way they are.

Why is  Aggressive Driving Such A problem?

Part of the problem may simply be the roads themselves. The roads are crowded now more than ever. With more cars on the road, there’s a lot more congestion and longer wait times in traffic. All this congestion leads to frustration for many drivers behind the wheel.