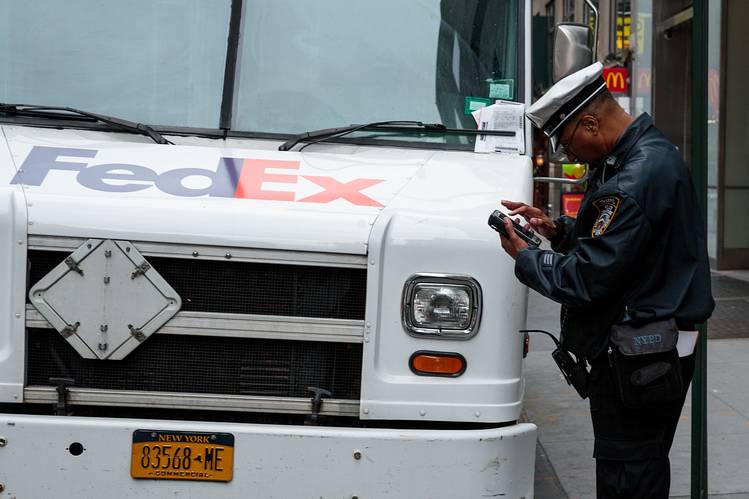 A Great Debate Is Brewing…

How often have you seen them? A double-parked delivery truck with a bunch of parking tickets on its windshield. You’ve probably seen it more likely than not. Afterall, its a very common sight in the New York City. Nevertheless, many companies, believe it or not, have a way they can dodge paying for these tickets. They do this by enrolling in the stipulated fine program.

But for those who don’t benefit from this program, It’s time to put the brakes on a loophole that gives unfair breaks to some. To many, city streets are no place for double-parked trucks. They not only endanger cyclists and pedestrians but also block the flow of car traffic. Nevertheless, they believe rogue delivery companies need to pay what they owe. They should no longer be able to avoid millions of dollars in parking tickets. This may soon change with a new bill. Proponents of the bill hope that it would end the controversial program that allows automatic reductions in fines.

What Is The Stipulated Fine Program?

For the past 15 years, trucking and delivery companies caught a favorable break by paying a pre-set fine for not challenging tickets in court. The program allowing this is the DOF Stipulated Fine Program, which started in 2004. Normally, recipients of tickets have 30 days to either pay or request a hearing to dispute the fine. Companies enrolled in the Stipulated Fine Program, which is free to join, only have to pay flat fee violations they receive. In turn, they waive their right to challenge parking tickets. The fee can either be reduced or dismissed. This means whether a truck gets one ticket or 10 double parking tickets, each one of these double parking tickets is essentially wiped out to zero.

Growing Concerns About The Program

The call to end the program comes as the city is already trying to reform it. Earlier this year, the Department of Finance said it would increase the agreed-upon fines — which currently reduce a double-parking ticket, for example, from $115 to $0, one of 19 fines that are reduced to zero.

The Department of Finance’s initial proposal would have raised many fines, but the agency went back to the drawing board after the industry complained that the increases were too high, as Streetsblog reported. The final version of the reform does increase some fines but still offers large discounts.

The legislation is part of a package of transportation-related bills recently introduced by City council members.  One bill calls on the city to set an example when it comes to reducing the congestion caused by making deliveries. Here, the bill requires the Department of Citywide Administrative Services to plan for deliveries to arrive between 7 p.m. and 6 a.m. at buildings under its jurisdiction.

Another bill would require the Department of Transportation to make 400 intersections more pedestrian friendly. The bill would require the installation of “leading pedestrian interval signals” at crossings near schools, hospitals, seniors centers, libraries, and parks. The signals allow pedestrians to start crossing several seconds before a traffic light changes. This ultimately gives them extra time to cross the street.

Opponents Of The Bill

Opponents of the bill believe that disbanding the program would be a costly mistake for the city. In the eyes of many lobbyists and supporters of the delivery and trucking industry like FedEx and UPS, the reality is that New York seems to provide grossly inadequate curbside delivery space. This forces delivery trucks to compete with an increasingly crowded streetscape.  For these companies, the stipulated fine program, imperfect as it is, at least acknowledges this deficiency.

Nevertheless, opponents argue that dismantling the program makes no sense. For them, the program ultimately works because the fees are pegged to what companies would likely end up paying overall if they fought every ticket. Delivery firms would win many such court battles because city law allows for double-parking and other violations if a driver is making an “expeditious” delivery. Moreover, whether businesses pay the parking tickets they accrue in bulk or individually is not going to change their behavior.

It will likely cost the city money, increase congestion and result in consumers paying more for products. Opponents also argue that a lot of the over 2,500 operators enrolled in the program are small businesses.

Supporters Of The Revising The Stipulated Fine Program

Advocates say the bill is necessary to change the behaviors of companies and bad actors who abuse the perks. To many, the program gives the worst offenders a multi-million-dollar discount on their parking offenses. Many see these parking offenses as dangerous in fact as city residents complain of trucks parked in crosswalks, in bike lanes, on the sidewalk and in front of fire hydrants. If the city wants to be serious about vision zero, the program must end due to congestion and safety issues caused by its existence.

For some, It’s also a fairness issue. Before this Bloomberg-era program was in effect, companies had to handle their parking tickets just like every other citizen in New York City — by having a hearing and pleading their case. However, now companies have an advantage over all other drivers. Many think that If everyday people don’t get a break on their parking tickets, multi-million-dollar companies shouldn’t either.

What do you think of the program? Let us know in the comments below!