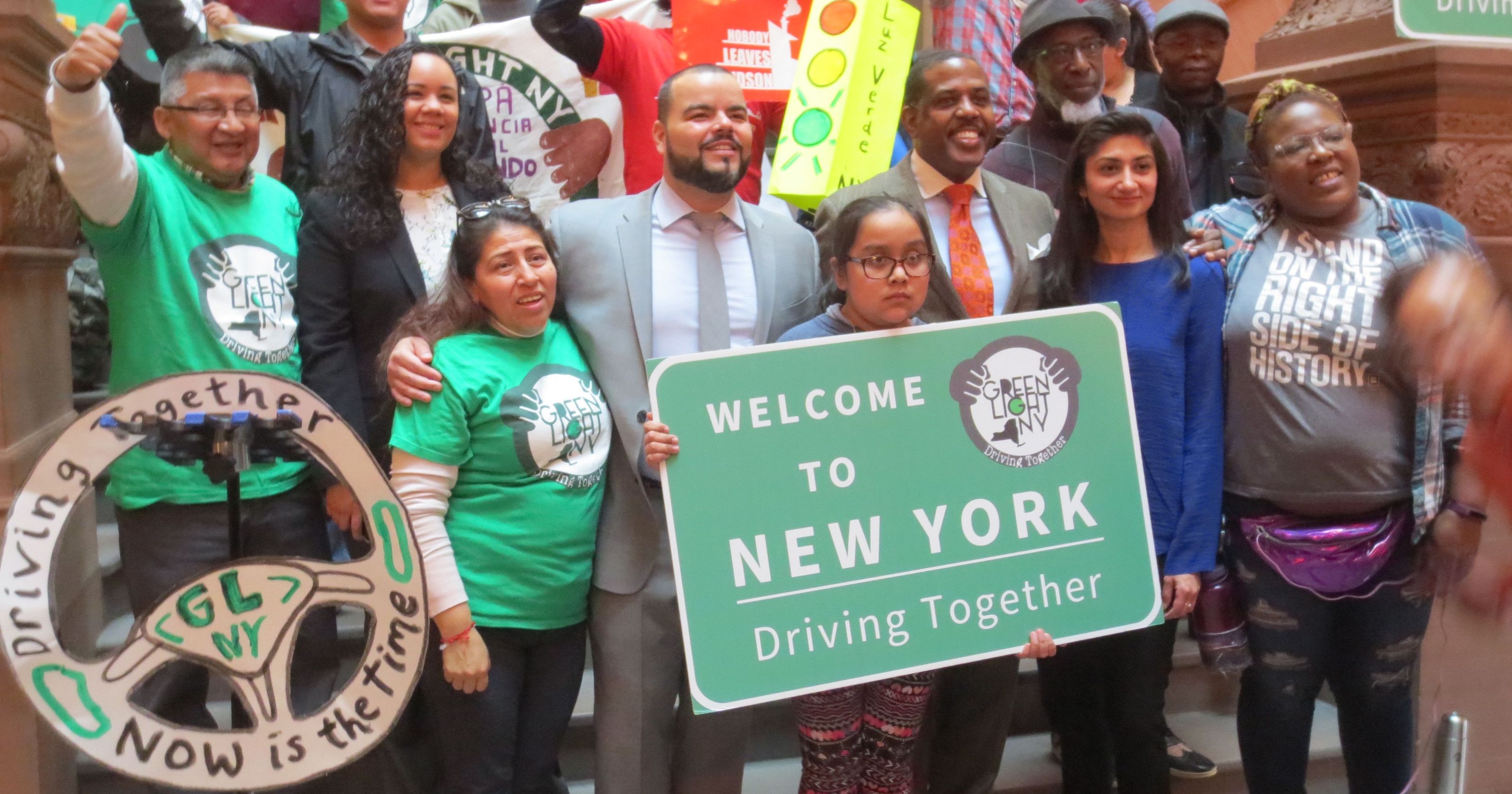 For Some New Yorkers, A Driver’s License Is More Than A Necessity…

In parts of New York City and many other cities and towns across our state, driving is a necessity. In these places, getting to work, to school or hospital can be extremely difficult without a car. To many of the 3.6 million licensed drivers in New York City,  driver’s licenses are often nothing more than a thin, plastic card in our wallets. However, for undocumented immigrants living throughout the five boroughs and beyond, it represents much more than the simple ability to legally drive.

Here, a driver’s license not only symbolizes but moreover, literally creates increased economic opportunities, access to amenities, healthcare, and a chance to integrate more fully into New York City’s communities.  Still, getting and keeping a license can be one of the toughest hurdles undocumented immigrants face. Here, getting a parking ticket,  pulled over for a moving violation or even showing your license can have a dramatic and life-changing impact. However, that could change in New York soon.

Why Can’t Undocumented Driver’s Have A License?

Since the early 2000s,  undocumented residents of New York have been in legal limbo when it comes to driving. The Republican governor of the time, George Pataki made it more difficult for undocumented immigrants to get a license.  At the time, the governor issued a 2001 executive order to restrict licenses only to New Yorkers who could prove they were in the country legally.

Unfortunately,  former Governor Pataki’s 2001 decision to require proof of legal immigration status had a devastating impact on immigrant communities. Since then, many immigrant New Yorkers have been faced with an impossible choice. Many have to decide whether to drive without authorization or go without life necessities.

Although twelve states currently allow undocumented immigrants to get driver’s licenses, New York’s attempts have largely failed. For example, efforts by former Governor Eliot Spitzer to change the rules by executive order failed in 2007.  At the time, some northern NY state counties blocked attempts to change the precedent. They were able to do this because several upstate county clerks serving as officers of the Department of Motor Vehicles refused to enforce it.

The impact of restricting access to driver’s licenses has also been felt far beyond the immigrant community.  In fact, we all feel it: the presence of unlicensed and uninsured drivers push up insurance premiums for everyone. This has an overall effect of making our roads less safe.

For example, within the first 10 years following New Mexico’s 2003 decision to extend licenses regardless of immigration status, the rate of uninsured vehicles declined from 21% to 9%.  Traffic fatalities also dropped significantly by 22%. That alone should motivate us all to support restoring access to licenses for all New Yorkers.

Despite the recent push against undocumented immigrants across the country, many New Yorkers are stepping up to try and change things. In fact, many immigrant advocates are working to pass legislation that grants access to driver’s licenses for all eligible New Yorkers, regardless of immigration status. Many argue that, especially in today’s political climate, opening access should be a top state legislative priority for immigrant communities. Unfortunately, as with so many other legislative priorities, passing a bill through the State Senate remains a seemingly insurmountable obstacle.

However, immigrant advocates do have some good news when it comes to this issue. Unlike many other orders, restoring access to licenses does not actually require any legislative action at all. This is because Governor Pataki’s order is not based on New York State law. In fact, it is only NY state Department of Motor Vehicles policy.

Nevertheless, New York’s highest court has acknowledged that there is no binding state legislative precedence restricting access to driver’s licenses.  Rather, the court has made clear that licenses are available to folks who are not eligible for a social security number. This means that across New York State, driver’s licenses are offered to green card holders with Social Security numbers as well as those with temporary visitor or work visas who don’t have social security numbers. This group also includes recipients of the now famed, Deferred Action for Childhood Arrivals program.  Still, the court also held that applicants must provide proof of residence and forms of identification that are weighted on a point scale.

The Debates Over Driver’s Licenses Continue

Things are looking better for immigrant communities recently, at least in NY. Candidates running for office are making it a front and center issue for Midterm and 2020 elections. Also, current governor Cuomo says he supports providing the licenses. Nevertheless, he has not yet attempted to change the rules through executive order or pushing significant legislation.

Still, the debate rages on. Supporters of efforts to allow those who are undocumented get driver’s licenses say that public safety would improve. They also say they aren’t trying to let just anyone easily get a license. Undocumented drivers applying for a license still need to pass road tests and obtain insurance. Nonetheless, critics argue that driver’s licenses are a privilege that unauthorized immigrants should not hold simply because they should not be here in the first place.

Contribute your voice to this important discussion, do you think NY should ease access to driver’s licenses? Let us know in the comments below