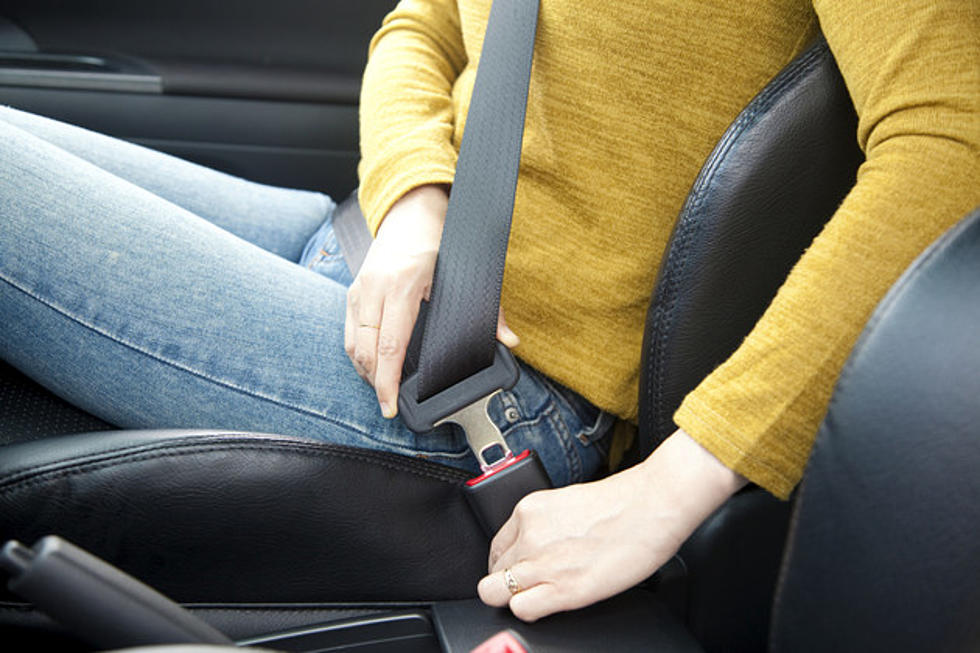 Seat Belts Are In Cars For A Reason…

Vehicle accidents are the number one cause of death for individuals as young as 5 and as old as 34. Aside from the fatalities, many people suffer serious injuries as a result of these vehicular incidents. According to the Centers for Disease Control and Prevention, seat belts have a remarkable effect on improving safety for drivers and passengers alike. In fact, seat belts reduce the risk of death in vehicle accidents by around 50%. For this reason, local, state and federal government along with an array of safety advocacy groups have encouraged the use of seat belts over the years. At the end of the day, this is definitely a good thing. By encouraging folks to put on a seat belt, countless lives have undoubtedly been saved. Learn about seat belt laws in NYC and the penalties you can face for violating it.

New York has long been at the cutting edge for setting the gold standard in the United States when it comes to public safety. In 1984, New York became the first state to impose a universal seat belt law. At first, New Yorkers complained that the law diminished their freedoms. Nevertheless, once drivers saw the law’s positive effects, feelings changed. Here is the law that is currently on the books:

New York State law mandates that all front seat passengers wear seatbelts. Passengers under the age of 16 must always wear seat belts. This applies regardless of whether they’re in the front seat or the back seat. The law goes further to protect younger children as well. Children under the age of four must ride in car safety seats.

New York is considered a “primary enforcement” state. This means a police officer can choose to issue you a traffic ticket for the failure to wear a seatbelt. This differs from other states, where police don’t need another reason to pull you over. This means you don’t have to be speeding, running a red light or committing any other moving violation to get a ticket for not wearing a seat belt or have a young child, not in a safety seat.

So what are the penalties for not wearing a seatbelt?  Front seat passengers who are sixteen and older can be fined up to $50 thanks to Section 1229-c(3) of NYS Vehicle & Traffic Law.  If the violation is for a person under the age of 16, the driver receives a maximum fine of $100 for each passenger with no seat belts as well as 3 points added to their license.

Benefits Of Wearing Your Seat Belt

It’s now a no-brainer that seat belts do a remarkable job in protecting drivers and passengers alike. Most vehicle fatalities can occur due to passengers being thrown out of cars during serious accidents. By keeping a person in place, the seat belt prevents this dangerous ejection from the car. Seat belts also prevent the body from being jarred and hurt by shock during a sudden stop or collision.

While seat belts do not prevent a person from moving altogether, they still do ensure that a person’s body does not come into contact with some of the most dangerous parts of the car like the dashboard. Here, seat belts do a remarkable job in keeping the body in the same general area of the vehicle. The strongest part of the body is restrained and thus, the impact of the crash is spread out over a wider area. Shock waves from, the crash disperse through the shoulders and torso. This also does wonders in protecting the spinal cord as well as the brain.

Children Are The Safest In A Seat Belts

Adults are not the only ones in cars who benefit from seat belts. Young children and adolescents should always wear seat belts or be in safety seats as they have a remarkable impact on keeping kids safe. Drivers should always secure babies in a rear-facing car seat. Once a child has reaches the age of one, he or she can move to a front-facing car seat. Children should remain there until the age of four or a weight of 40 pounds.

Once a child is a little bigger, they can move to a booster seat until they reach the height of 4’9” or around the age of 8. Remember drivers, it’s important that children be seated in a way to maximize the effectiveness of the belt. Children must be a certain height and weight to really use a car’s seat belt correctly. So up until the age of 13, children should be kept in the back seat while a vehicle is operating.

Why Seat Belt Laws Are Important

Seat belt laws play an incredibly important role of encouraging drivers and passengers to buckle up before hitting the streets. An overwhelming amount of research shows the effectiveness of seat belt laws and their consequences. In 2016, seat belt use in cars saved an estimated 14,668 lives. These great numbers help many Americans understand the lifesaving value of the seat belt. The national use rate is at 90.1 percent, nevertheless,  nearly 27.5 million people still don’t buckle up. Seat Belt law enforcement may put a pinch on your pocket but at the end of your day, your life is totally worth it.