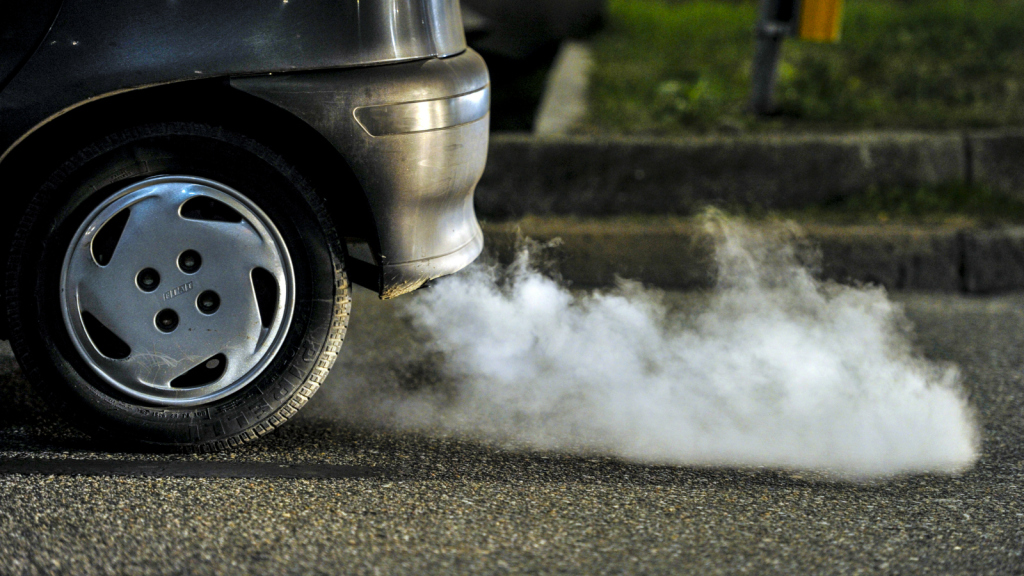 Idling Your Car In The City Is Unnecessary

New York City is miserably hot and humid during the dog days of summer. In particular, August can be especially brutal. If you ever sat in traffic during New York’s heat waves, you know how terrible it is. At the end of the day, who can blame a driver for wanting to leave their air-conditioning on while sitting in the car? However, idling your car can actually be a lot more problematic than you think.

On top of that, it’s also illegal. That’s because it contributes to local air pollution which is a serious problem in the city. Vehicle idling also contributes to the ever-growing problem of climate change. In fact,  a 2009 Environmental Defense Fund study found that idling cars in New York City emit hundreds of thousands of tons of carbon pollution annually. Nevertheless, NYC drivers can clamp down on this public health problem. Learn about the idling law in NYC and the penalties you may face if you idle too long.

“(a)   No person shall cause or permit the engine of a motor vehicle, other than a legally authorized emergency motor vehicle, to idle for longer than three minutes, except as provided in subdivision”

Idling of vehicle engines prohibited. Except as provided for buses in paragraph (p)(2) hereof, no person shall cause or permit the engine of any vehicle, other than a legally authorized emergency motor vehicle, to idle for longer than three (3) minutes while parking, standing or stopping unless the engine is being used to operate a loading, unloading or processing device.”

According to the city’s administrative code, drivers aren’t allowed to let their vehicles idle for longer than three minutes. This means that you cannot have your vehicle on for longer than three minutes whether you are parking, standing, or stopping. The laws are stricter around schools and limit vehicle idling to one minute. There are of course some exceptions.  Legally authorized emergency vehicles and those whose engines are being used for loading, unloading, or processing devices, are exempt, according to city code. Drivers are fined $300 for the first offense, $460 for the second, and $620 for the third and any subsequent offenses, according to the city penalties.

Why is Vehicle idling a problem?

Pollution like smog and soot from vehicle exhaust can do serious damage your body. As you breathe, the polluted air can irritate and damage your lungs. This has detrimental effects that can be devastating. Studies show how pollution leads to higher risks of cancer, asthma and heart disease. A major source of this pollution in cities is idling.

To make matters worse, people often park and idle in areas that can affect a lot of people. You can find cars idling along sidewalks, schoolyards, playgrounds, hospitals, shops, businesses, and homes. Nevertheless, studies show how idling in these locations is destructive to the people who live near them. Moreover, people who live near heavily-trafficked roadways face significantly elevated risks of cancer and diseases like asthma. Vehicle idling even affects the growth and development of children. For example, pollution has been linked to stunted childhood lung development, adverse birth outcomes, lower IQ scores, cancer and other diseases contributing to premature death. Children appear to be especially at risk: exposures during pregnancy and early childhood to roadside air pollution have been linked to higher rates of subsequent re

The Environmental Costs Of Idling Your Car

According to a 2009 report from the Environmental Defense Fund, idling vehicles in NYC emit a ridiculous amount of carbon dioxide and other gases every year. Air pollution from idling engines is a contributor to elevated levels of smog and soot across the region. In New York City, idling engines create close to 24 tons of sooty particles, 940 tons smog-forming nitrogen oxides (NOx ), 2,200 tons volatile organic compounds (VOC), over 6,400 tons of carbon monoxide (CO), and about 130,000 tons of the greenhouse gas (GHG) carbon dioxide (CO2 ). The report notes that the City would need to plant an area of trees the size of Manhattan each year to counteract the pollution (put another way: 40,000 cars could drive from Midtown to JFK with the gasoline burned by the city’s idlers each day).

How Much Does Idling Cost New York City Drivers?

New Yorker City drivers waste over $28 million dollars every year in fuel burned while idling.  Idling engines don’t only hurt your wallet. Idling also inflicts more wear and tear on engines, leading to higher maintenance costs. An idling car uses between 1/5 to 7/10 of a gallon of fuel an hour. An idling diesel truck burns approximately one gallon of fuel an hour. With average U.S. prices for diesel fuel topping $2 a gallon1, that’s about $2 an hour wasted.

Do You Think vehicle idling is a problem NYC has to tackle? Let us know in the comments below!