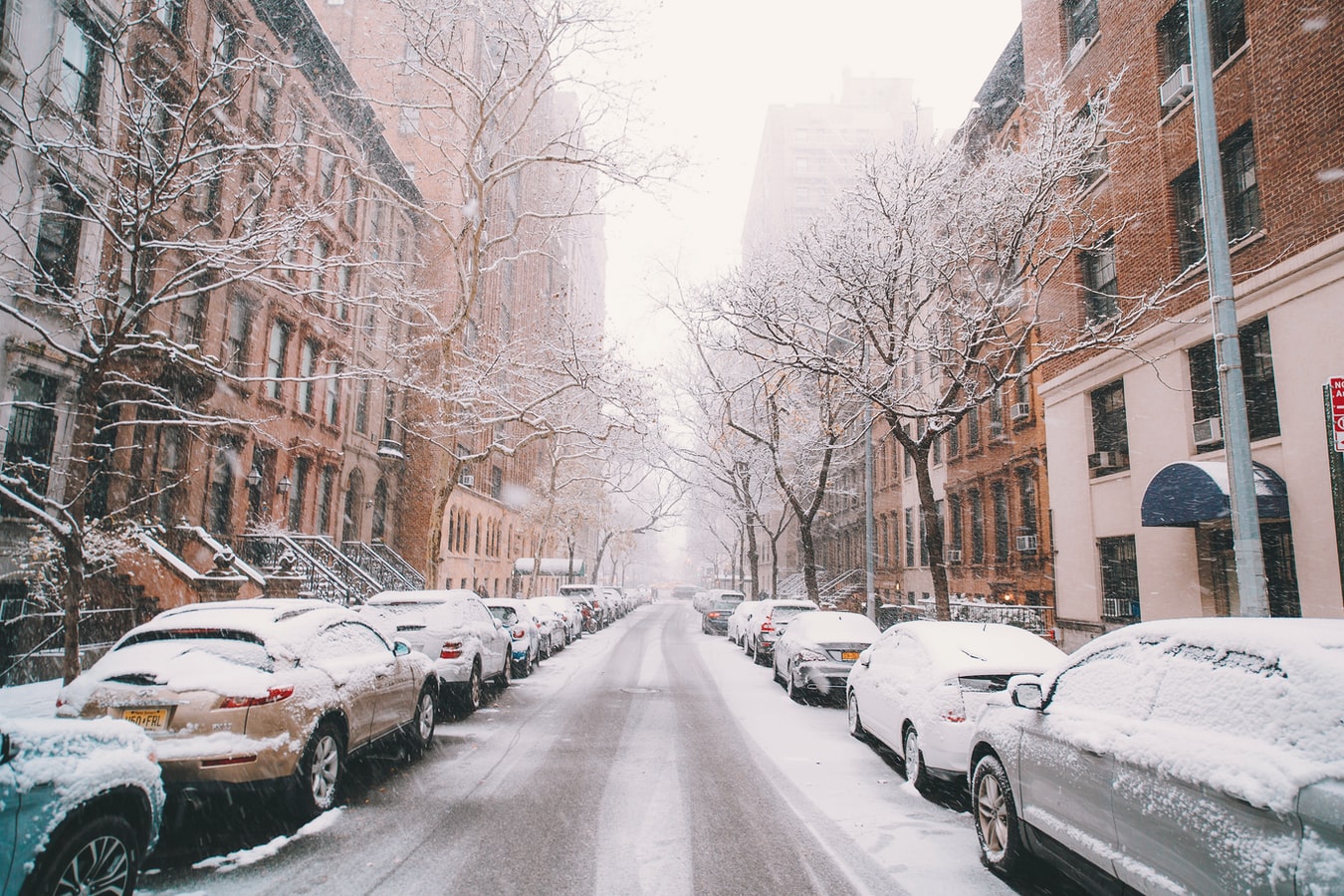 As the mercury drops and snow begins to fall, special rules can go into effect temporarily to help the City cope with inclement weather. When the Commissioner of New York City declares a state of snow emergency, the following goes into effect:

Standing and parking become prohibited along certain streets. These streets have dedicated signs that mark them as snow routes. These signs can limit parking on just one side or the whole street.
You cannot drive a vehicle, unless it’s equipped with snow tires or skid chains. The City of New York defines snow tires as:

Oil heating trucks that are responding to heat emergencies, however, get special permission to travel on parkways and other roadways, where commercial vehicles are normally prohibited during a snow emergency, provided that they meet the following requirements:

For more information, you can check out the New York City Department of Transportation Traffic Rulebook here.