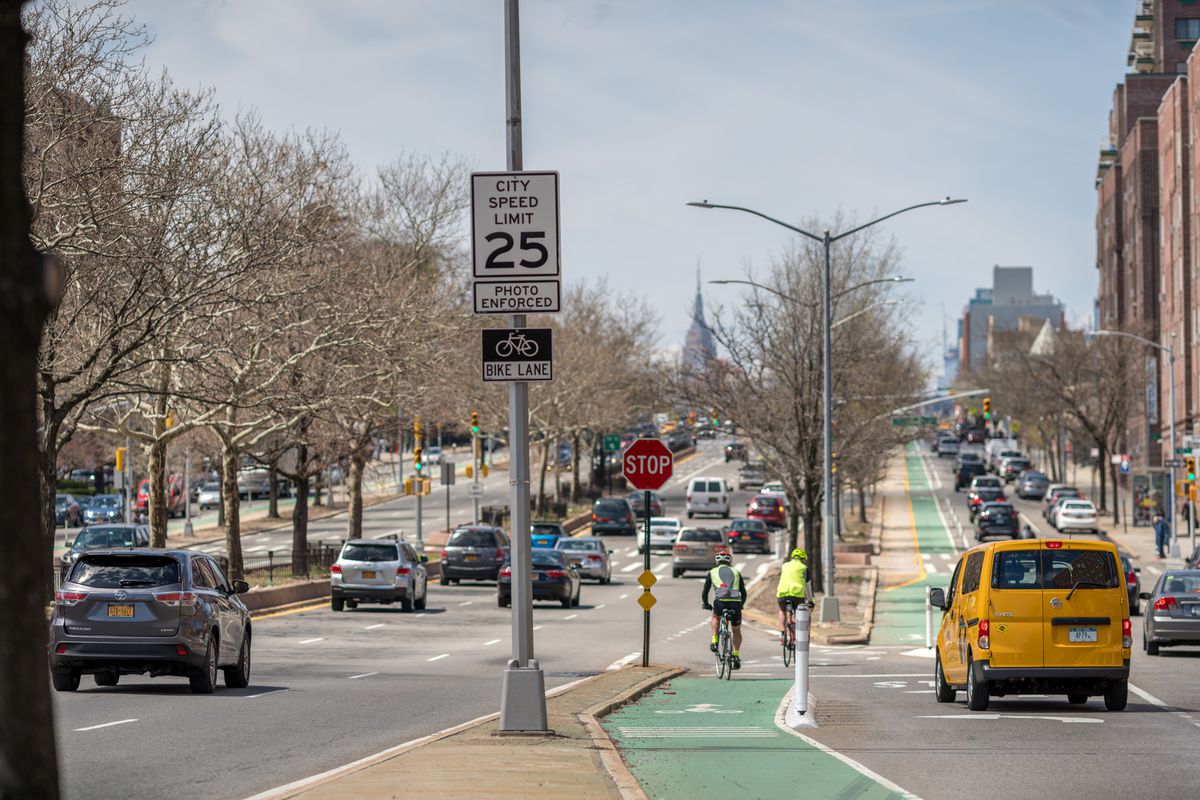 New York City has recently stepped up its crackdown on speeders in order in conjunction with the mayor’s Vision Zero campaign for road safety. The cornerstone philosophy of Vision Zero is that traffic crashes aren’t really accidents.  On the contrary, the city considers traffic accidents as “preventable incidents”. The Vision Zero initiative implemented a number of changes to traffic rules and regulations in New York City. The initiative includes changes such as a city-wide speed limit reduction from 30 to 25 miles per hour, the creation of school zones, neighborhood slow zones, and an increased use of speed cameras and speed traps.

The goal of this optimistic plan aims to reduce traffic fatalities by a whopping 50 percent by 2025.  While part of achieving this goal comes down to educating drivers, pedestrians, and bikers about how safely use the roads, another vital part is enforcement. Here, the city has increasingly moved to ticket drivers for moving violations, especially speeding. As the city moves towards lower speed limits and speed cameras, its important for drivers to follow the law. Following speed limits is the best way to avoid getting a speeding ticket. Unfortunately, the chances of you getting caught speeding are higher in certain spots around the city. Below you can find a list detailing some of the high-risk areas for speed traps that could land you a hefty speeding ticket.

New Yorkers are always in a rush, for better or worse. This is no excuse for speeding, however. In most cases, especially in the age of Vision Zero, speeding means going faster than the posted legal speed limit. It can also mean driving faster than what is considered safe for current road conditions (think bad weather).

The penalties you face for speeding depends on a couple of things. For example, if you are caught by a speed camera, the city considers this violation tantamount to a parking ticket. However, if a police officer issues you a ticket for speeding, it is considered a moving violation.  The penalties for speeding differ depending on this distinction.

The cost of a speeding in NYC ticket can range between $ 50 and $600. If a speed camera catches you on camera, the city will send a $50 ticket to you in the mail. However, its different for moving violations. In general, the higher your speed, the more expensive your fine. So for example, if you’re speeding less than 10 miles over the limit and it’s your first offense your ticket may be between $45 and $150. If you are speeding between 11 and 30 miles over the limit, your ticket will be in the $90 to $300 range. Finally, if you’re spending more than 31 miles over the limit, you’ll likely get a pricey ticket ranging $180 to $600. The fines increase even more with a second and third conviction. In addition, points will be added to your license. Below are the points you may face for speeding.

What Is A Speed Trap?

When most drivers think about speed traps, they think about police hiding behind billboards or waiting to pick off motorists right where the speed limit changes. However, there is a broader, more accurate definition that covers these situations and more: speed traps can also include the use of stationary or mobile speed cameras.

While many drivers think speed traps are simply about extracting revenue from the city, in the case of vision Zero, the city believes increased enforcement will have an overall positive effect for pedestrians, bikers, and motorists alike. 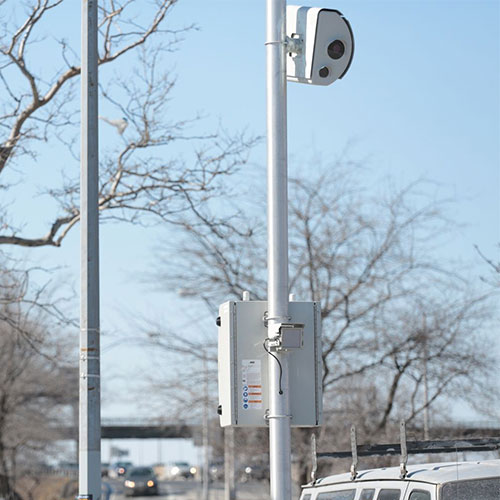 These Are The Five Worst Speed Traps in New York City

Drivers should always follow the law when cruising the city streets. Speeding is dangerous and can lead to serious penalties, injuries or even death. Nonetheless, knowing where you may get knocked for speeding can help drivers drive carefully around some of the city’s most dangerous streets and intersections. Below you will find some of the areas around NYC where drivers should not speed around.

Drivers in the Bronx should stick to the speed limit around Castle Hill Avenue and Bruckner Expressway.  Between 2010 to 2014, twenty-eight people were unfortunately killed or seriously injured around this area due to speeding cars.

As a result, Castle Hill Avenue in the Bronx was dangerous enough that the city designated as a Vision Zero Priority Corridor. Cops often wait on the north side of traffic waiting to catch speeding drivers with speed guns.

Brooklyn drivers should drive carefully (and legally) Around Belt Parkway and Knapp Street. Drivers have complained of a speed trap along this section of the Belt Parkway in Brooklyn. Drivers who forget to slow down as they are coming off this highway often find themselves in the

Drivers need to always watch the speedometer in Manhattan but they should be particularly aware of this particular strip of the city. Drivers should try to avoid the speed trap found around 1st Avenue and 42nd Street. This corner lies in the shadow of the United Nations building and is often subject to street closures due to events and diplomatic activities. The 1st Avenue tunnel exit has two lanes, and officers usually post up in the left lane to catch speeders.

Many New Yorkers refer to the notorious Northern Boulevard in Queens as the Boulevard of Death.  Many consider Northern Boulevard as one of the most dangerous streets in the city due to its terribly long history of deadly accidents. As such, the city and its Vision Zero program mandated that a particular stretch have its speed limit dropped. Moreover, the city has placed speed traps along the boulevard. Police usually watch for speeding drivers near a ramp at this intersection and clock speeders near Citi Field, the home of the Mets.

Vision Zero has nearly doubled the number of speeding tickets given out in Staten Island.  Officers hand out many of these tickets around the Korean War Memorial and 440 Overpass. The 440 Overpass leads to and from New Jersey often has many drivers zooming through to try to make it home on time. Speed enforcement agents are usually waiting under the Korean Veterans Overpass to clock dangerous speeders.